According to the news article published by Samna; the dumping ground protest in Uttan has been deliberated by the catholics in the area. The writer should have checked the essentials behind the agitation before publishing such a deceptive article.

When the church bell tolled the Hindus, Muslims, Catholics rather all the united people of Uttan gathered for the agitation. In our secular country the stench is not directed to the noses of a certain group of religion; everybody in the vicinity is protesting against the same issue.

The Uttan dumping ground protest has nothing to do with religion because everyone gets the same stench. It's a peoples' issue and not a religious or political issue. The government is trying to block our noses to stench by bleeding them and media is trying to divide us.

In the context of dumping ground agitation I met few people to get their opinion. I found out everybody is fighting against the same enemy and everyone speaks for the same cause.

Hyder Ali Akbar Balbale (Maulana Sunnat Jamat):
When the church bell tolled everyone knew it was an alarm and it was regarding the dumping ground, people were aware of it. I inquired from the people on the road and got to know about the lathi charge. I started announcements in the Masjid and started gathering people from my community. After announcing several times we gathered around the Karai Mohalla Masjid and headed towards the lathi charge site.

Due to the Ramadan fasting period most of our brothers and sisters could not attend the agitation but we are a part of it and shall protest against the issue until the end. 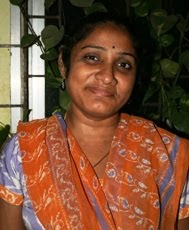 Darshana Mhatre (Local Resident)
This is my birth place and I stay close to the church. The church bell is tolled when there is a calamity in the village; whether it’s a fire or any other kind of help required from the people. When the church bell tolled it was not only for Catholics but for everyone who are part of the dumping ground agitation. Religion is no where in picture and some people and media are trying to project this as a religious issue. We all are united and shall fight this evil.

Anwar Khan (Trust Board Member, Uttan Sunnat Jamat, Karai Mohalla)
I was out for a pan and saw people flocking on the roads. On inquiring I got to know that there was a lathi charge at the dumping ground agitation site. My son was out and had already reached the site. We offered a Friday prayer (Jumma Namaz) for peace and I also made announcement in our Masjid regarding the same. I strongly believe this is a peoples issue and we should all protest against the dumping ground. It’s become very difficult to live with the stench. I have asked at least a member from each family to join the vigil. Lathi charge was completely unexpected and we condemn the inhumane act. More over the government should take peoples opinion before starting such awful projects that costs so much to the environment and public health.

We have and shall keep agitating against the Dumping ground Issue. 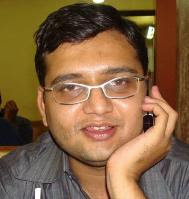 Abdullah Siddiqui (Local Resident)
The Writer hasn’t attempted to check the facts before writing this article or else would have known how people are fighting the common enemy irrespective of which religion they follow. I am unable to understand how this agitation can be termed as one being fought by the church for the land. It’s about right to unpolluted air and water whether you are a Christian, Hindu or Muslim. 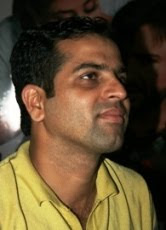 Hemant Mhatre (Local Resident)
My family members were already present for the vigil and gave me lathi charge information. We are part of this agitation from day one. The writer of Samna article has published this article with his eyes closed or under some pressure. The writer has tried to mislead the readers from the current issue of the agitation. Garbage not collected from Mira-Bhayander has become a major concern but the problems faced by our people due to the garbage recycling plant are neglected. Samna claims that they have raised voice against the garbage dumping issue in Mira-Bhayander but they have a biased opinion about the issue and are not concerned about the people of Uttan. 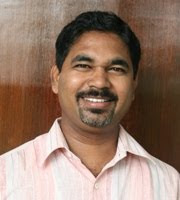 Fr. Sandeep Borges (Uttan Parish)
I personally took interest and got involved because people call me "Father" and spiritually they are my children. If there is something wrong happening to them it is my duty to support them and be with them. When I spoke on the agitation day I did not only speak about the garbage related to the dumping ground but also about the garbage we carry in our mind. I am thanking god that people have at least come together for this issue. It has built up energy and it should be utilized. The elections are coming and I’m not bothered who wins it but people should use their conscience and vote. Whichever political party comes in power should work for the betterment of the people.
Stench is not the only problem there are so many health related problem arising amongst the school children and adults. The harmful gases in the air are affecting the people, land and water are also being polluted. We are not against the project , it’s just not put up at the correct place and is having a drastic effect on the people in particular and the environment at large.

We should not pay heed to the Samna article because it’s published to create religious anger amongst the reader’s. The publishers should in fact feel uncomfortable that after doing all the possible things people are still united and living happily.
Posted by Unknown at 11:33 AM 4 comments: 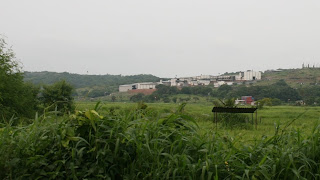 The Uttan dumping ground project built on the beautiful hills of Dhavgi near Uttan village and the villages in the proximity. The project sanctioned as a recycling plant is having an adverse effect on the environment, health and life of people of the surrounding areas. The plant has a capacity of 450 tons of garbage and discharges loads of byproducts. This has affected the environment so drastically in the last one year that it has become difficult for the people to live in the area. The well and tube well water around the area is polluted to such an extent that it cannot even be used for farming. As a result of this, most of the fields are becoming barren. The once clean air of the surrounding areas has been polluted to such a degree that it’s becoming difficult to breathe day-by-day. The emissions from this plant are causing lots of respiratory related problem in the villagers especially the children. Headaches due to the stench are commonly reported problem by each and every person in the village. In addition to this tuberculosis, asthma, bronchitis is caused in children due to air pollution, Malaria due to the mosquitoes breeding on the garbage, viral fever and various undetected diseases have become a nightmare for the peace-loving residents. 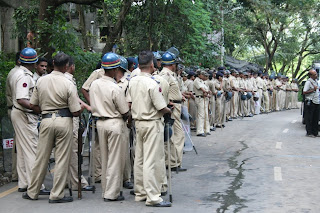 Uttan dumping ground protest began on the 13th of September 2009 and had a participation of around 10000 plus people mainly East Indian Catholics. The protest was a 24 X 7 peaceful vigil and no garbage trucks were allowed to enter the area. The protest took a fierce turn on 24th September 2009, when two trucks loaded with garbage were sent with police protection at around 8.00 am. The police had come prepared with tear-gas grenades, lathis etc. At that particular moment about 100 to 120 people who were keeping vigil tried to obstruct the garbage trucks. It was a peaceful protest to obstruct the garbage trucks. However the police started lathi charging the peaceful protestors and threw expired tear gas (CN) grenades on the protesters. This was at Anand Nagar. 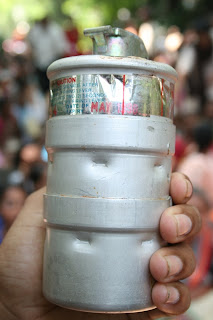 Police brutally assaulted the peaceful protestors among whom most were women. The people were literally dragged by the police from their houses and mercilessly beaten. The lathi-charge was done twice. The second lathi charge was at Bhoot Bangla (the Uttan-Gorai-Bhayandar junction) Priests, Nuns and school children were also not spared. Women were literally assaulted by policemen and dragged to the police vans. Approximately 20 protestors were arrested and taken to Bhayander police station from where they were taken to Thane. Among the protestors arrested were 17 females and 9 males. The females were released on bail late in the evening of the same day. Out of the 9 male protestors arrested the two who were injured were released and 7 protestors were detained in the Thane Police Station. The assaulted protestors, some of whom were seriously injured have been admitted to Bhagwati hospital and Mira road hospital respectively. 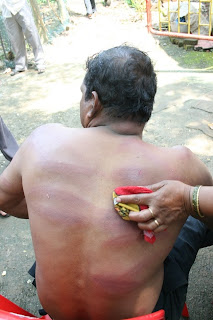 The news of the lathi charge spread among the villagers/protestors by the tolling of the bells in all the churches in the vicinity. Protestors in thousands rushed out of their houses and flocked at the site of the lathi charge. The police tried to stop the protestors but they were forced to retreat. The protestors stood their ground till 6.00 p.m. when they were informed that the Thane District Court had given a hearing that “No garbage trucks should enter the area and dumping ground site for the next two weeks”. The time of two weeks would be utilized to make a firm decision on the dumping ground issue. 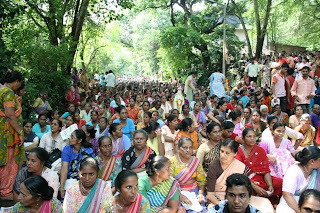 All social activists, environmentalists are hereby invited to join the protestors of the dumping ground project to show their solidarity with the villagers of Uttan and the adjoining villages of Chowk, Palle, Dongri, Gorai and Bhayandar. We solicit your help to resolve this burning issue.
Click here for more pictures
Actual Video of the Lathi Charge:
Please see the video. Many Newspaper's have made false claim that the Protestor's turned violent. This video evidence will prove the actual facts.